For more than two thousand years, the entire Jewish community all around the world has focused on the same part of the Scriptures each week called (in English) the Torah portion.  Except during Hebraic holy days, the weekly Torah portion is featured  in the synagogue (house of study) every Shabbat.

Typically, the Torah is divided into 54 portions so that the Torah is entirely cycled through once each year. It is a long-standing and fascinating tradition that has kept the entire Israelite community unified in a special way, wherever they might be, for thousands of years.

There is also a Triennial reading cycle which divides the Torah into thirds, and then into smaller portions so that cycling through the entire Torah requires three consecutive years. Instituted during the 19th century, the triennial cycle allows more in-depth focus on smaller sections of Scripture than the traditional annual cycle.

Traditionally, in many synagogues, a Torah scroll is ceremonially removed from the ark (a dedicated cabinet) and is opened to the weekly portion from which a segment is read. At ARIEL, the ark is opened with a traditional Torah blessing, but not often removed, and a selected highlight of the weekly portion is read from an English translation. Afterwards, the ark containing the Torah is respectfully closed as another traditional blessing is said.

The Torah portions at ARIEL are also recorded each week and posted here online. Enjoy!

Posted by Ariel Admin on 11:33 am in Messages, Torah Portions | Comments Off on Passover and Tsav

R. Paul Falk examines the different kinds of offerings in the Torah portion, Tsav, and shows a number of parallels to the expectation for us today to offer ourselves as a living sacrifice, following the example of Messiah.

Posted by Ariel Admin on 11:21 pm in Torah Portions | Comments Off on Soothing Aroma (Vayikra)

Chris Shannon teaches on the sacrifices in the Torah portion, Vayikra, that are described as producing “a soothing aroma” as compared to those that do not produce this effect. The ultimate sacrifice of Messiah was one of these, as are our sacrifices as described in the New Testament.

Posted by Ariel Admin on 9:03 pm in Messages, Torah Portions | Comments Off on Mountains 6 – The Tabernacle Moses Saw

R. Paul Falk starts with the Torah portion, VaYakel-Pekudei, and shows how the tabernacle that was shown Moses on the mountain may very well have been using the mountain itself like a 3D model of the tabernacle as YHVH designed it to be built. A fascinating correlation of insights.

His Covenant with Us (Ki Tasa)

Posted by Ariel Admin on 10:38 am in Torah Portions | Comments Off on His Covenant with Us (Ki Tasa)

Patrick Shannon shares the commands that were given to Moses as the new covenant that YHVH made with the people after forgiving them for the golden calf incident. A bit unlike the Ten Commandments, these include keeping the three feasts of the year.

R. Paul Falk, starting with the Torah portion, Tetzaveh, shows that the people of Israel are to provide the oil for the lamp, and that the anointing oil, from the Hebrew word for “messiah,” is to be continually provided by us today for the members of the congregation to be shining as light to the world.

Rick Ortiz shares the Torah portion, Terumah, focusing on the ark of the covenant and its contents as described by several places in the scriptures. He also draws a parallel between the ark and a compass—a tool by which we follow the Father’s leading in our lives.

Eye for an Eye – Mishpatim

Posted by Ariel Admin on 1:41 pm in Torah Portions | Comments Off on Eye for an Eye – Mishpatim

Chris Shannon shares various insights on the Torah portion, Mishpatim, in which a sundry of commands and laws are laid out for the new nation of Israael after departing from Egypt.

Posted by Ariel Admin on 10:54 am in Messages, Torah Portions | Comments Off on Mountains 1 – His Presence

R. Paul Falk begins a new series on Mountains in Scripture starting with the Torah portion Yitro and the event at Mt. Sinai which struck the people with fear and trembling to the point that they asked not to be spoken to directly by Yah Himself again.

Posted by Ariel Admin on 5:46 pm in Torah Portions | Comments Off on Crossing the Sea (Beshalach)

Patrick Shannon shares numerous observations about how the Father deals with us today from the events leading up to and including the crossing of the Sea during the Israelites’ exodus from Egypt.

Rick Ortiz shares an outline of the Torah portion, Bo, and gives several examples of how the Father gives His people favor in the sight of the nations, and even enemy kings, even though Pharaoh’s heart was hardened. 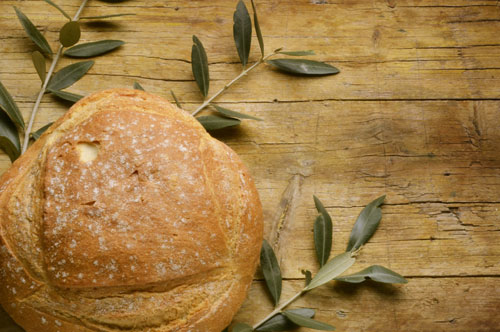 Would you like to support Ariel financially? You can make contributions easily here online.

You may also wish to see
the Giving page. 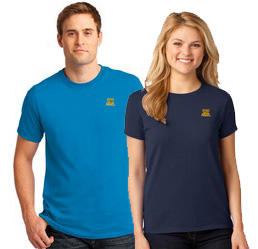 Order high-quality ARIEL apparel in all kinds, colors and sizes. but please don't buy on the Sabbath.

Teaching the Torah
of the Messiah